The youngest princess of the Canopy Kingdom, Umbrella is rarely seen outside the halls of the royal palace in Canopolis. She has grown up sheltered, with her only true friend being a family heirloom: the Living Weapon Hungern. Together, they fight evil and kick butt in the name of justice, just like Umbrella’s big sister: Parasoul! Or at least they would if Parasoul would let them out of the palace!

The rise of a new Skullgirl may just give Umbrella the adventure she wants. But, when she finds out the truths about herself and her family, will she wish she had stayed home? 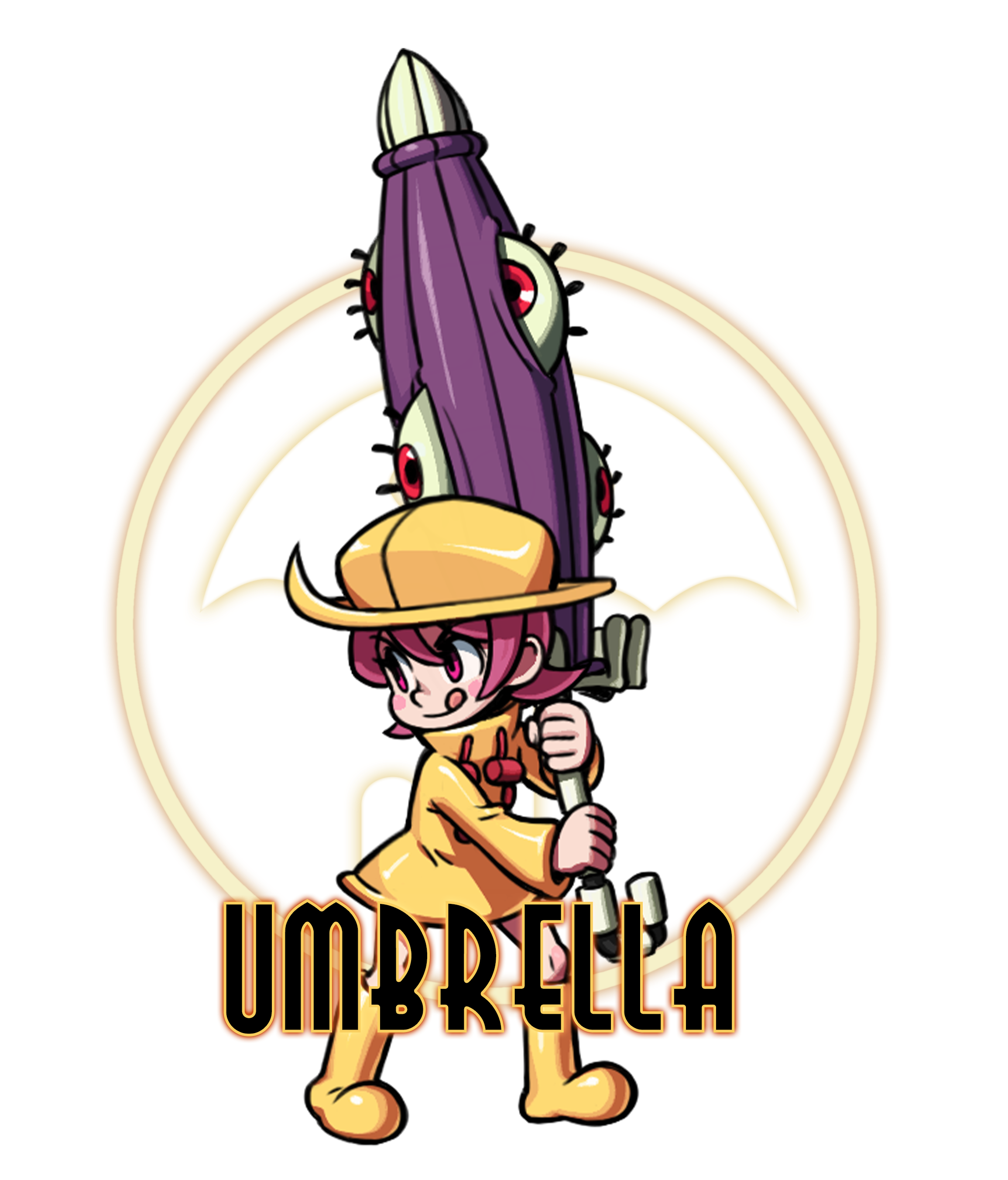