To all appearances, Annie is a young television actress and the host of “Annie Of The Stars,” a TV variety show based on the myths, legends, and folklore of the titular character. The show has been on the air for years, mixing live-action and animation with multiple actresses playing the lead role.

At least… that’s what Annie wants you to believe! In truth, there has only ever been one Annie. Cursed by the Skull Heart to never grow up, Annie has been alive for centuries. Over that time, she’s made it her personal quest to stop the Skull Heart once and for all. To that end, she has acquired numerous skills and items, including her remote parasite, Sagan. Even performing on television works to further her goals as she hopes to educate the world about the dangers of the Skull Heart.

Fiercer than she looks, bravest in the cosmos, she is ANNIE OF THE STARS! 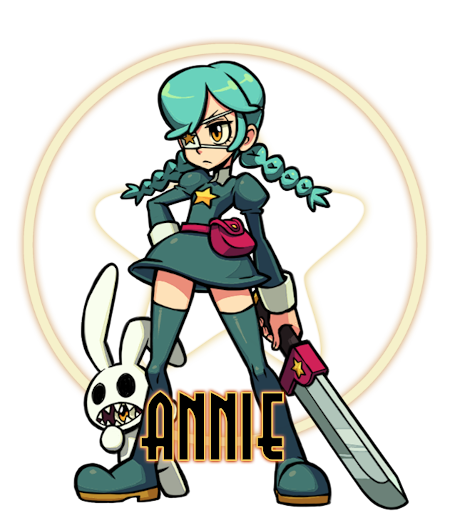